Death Throes of the Training Video 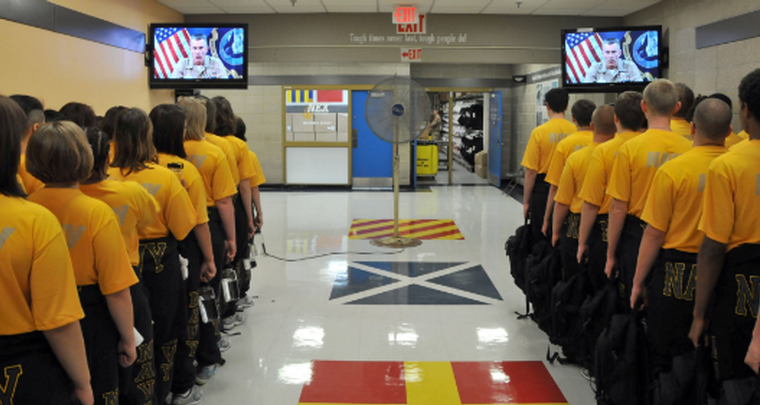 It’s hard not to feel jealous of kids these days. With a tsunami of VR content just on the horizon, they will never know what it’s like to not explore the galaxy or paint in a 3D space. They will have virtual worlds at their fingertips that will allow them to do anything from climb mountainsto hangout with friends across the globe.

Most importantly, their lives will be transformed by virtual education. Teachers and programs are already using virtual simulations to allow students to explore the surface of Mars or the bottom of the ocean. People have built VR demos of historical events like the moon landing or a gladiator fight in the Colosseum. For those of us that weren’t always engaged by our classroom environments, these tools seem like godsends. It’s normal to feel a little envious.

But the truth is, these virtual learning environments will be just as beneficial for adults as they are for kids. In fact, there’s a good chance that nearly every adult will engage in some sort of virtual education in the next fifteen years. I’m not talking about virtual higher education or continuing education courses, as awesome as those will be. Instead, I’m talking about training and how something that is often the bane of our professional lives might soon be one of its most exciting aspects.

Interactive training has long been considered the gold-standard for employee training. Anyone that’s sat in front of a training video, powerpoint, or webinar knows just how easy it can be to tune out. Instead, the most effective programs combine everything from role-play to discussions to learning tools to force employees to actually engage with the material they’re learning.

Because we really haven’t changed all that much since we were kids.
Right image courtesy of reynermedia.

The biggest issue with this type of training is that it can be hard to scale. It’s much easier to have someone read a leaflet or watch a powerpoint than to create a scenario complete with props and people. Scenario-based training can also be dangerous if the tools or situation involved could potentially harm the trainee or the people around them. Think hazardous material training or learning to operate an industrial crane.

Up till now, the “happy medium” between safety, scalability, and interactivity has beeninteractive learning tools often delivered through our phones or PCs. But while these are more interactive than simple instructional learning, they still fail to recreate the scenarios that people are being trained for.

No one is going to mistake clicking on parts of a machine in a compliance check or selecting the best sales technique in a multiple choice quiz with the real experience. The only real way to recreate these scenarios in a training environment at scale is through immersion.

Even in the darkest days of virtual reality, after the 90s hype and before the Oculus renaissance, virtual reality was considered the most effective way to do training. It’s the reason why the military and academia continued to spend millions on VR headsets long after consumers dismissed the technology. There was simply no better way to teach people than by recreating the types of experiences they would face.

And this is a lot safer than just dropping a bunch of recruits off in Fallujah.

Because virtual reality makes your brain believe on a fundamental level that you are within the virtual location, that virtual location can exactly replicate whatever training scenario is needed. Psychologists have known for years that people learn best in real life scenarios. With virtual reality, people could go through those scenarios without risking themselves or others.

The issue, of course, was cost. Despite being highly effective, virtual reality training simulations were limited to applications where that risk was extremely high. That was of course until this guy came along:

With the introduction of the Oculus Rift, virtual reality headsets were affordable by all but the most broke companies. Like other disruptive technologies, the Rift began to displace expensive VR headsets as the training solution of choice.

But this is just the beginning. There’s already plans for virtual reality diversity and maintenance training. Over the next few years, we’ll start to see VR training applications for everything from design to sales. VR will make these experiences more fun, engaging, and informative. The only thing missing: other people.

Trainers and teachers have known for years that most people learn best when they learn with other people. They can offer advice, reinforce lessons, keep people engaged, motivate others, and even provide a little competitive peer pressure. Especially as more and more of our work is done through teams, it is critical that training isn’t done in isolation.

Social VR provides the perfect solution for this, allowing people to talk with each other in a virtual environment as if they were together in the same room. Imagine a virtual disaster preparedness scenario where a group has to work together to put out a fire. Or interview training where you can talk to a real interviewer across the world. Or even something as simple as a virtual safety seminar where people can discuss problems and ask questions.

At Agora, we’re creating these multi-user virtual reality training environments. It’s easy to design virtual environments specifically tailored to each training scenario. We can add props and interactive elements. Our social VR software then does the work of allowing people to interact and learn together within this virtual space. These type of training simulations work in a wide variety of applications from interactive compliance training to training a global sales team how to sell a new product.

No matter the type of training, the future is virtual. It makes the way we learn new information more immersive and engaging, leading to higher retention. No more checking your email during a Webinar. No more nodding off in a training workshop. And who knows, it might even make you feel like a kid again.

Matthias McCoy-Thompson is a co-founder and COO of AgoraVR. We create tools for companies, organizations, and individuals to present and share their ideas in virtual reality. Find more articles like this on our blog!